3. A guy can like you for a minute, and then forget you afterwards.

4. When a guy says he doesn't understand you, it simply means you're not thinking the way he is.

5. "Are you doing something?" or "Have you eaten already?" are the first usual questions a guy asks on the phone just to get out from stammering.

6. Guys may be flirting around all day but before they go to sleep, they always think about the girl they truly care about.

7. When a guy really likes you, he'll disregard all your bad characteristics.

9. Guys will do anything just to get the girl's attention.

10. Guys hate it when you talk about your ex-boyfriend.

12. Guys usually try hard to get the girl who has dumped them, and this makes it harder for them to accept their defeat.

13. Giving a guy a hanging message like "You know what?!..uh...never mind!" would make him jump to a conclusion that is far from what you are thinking.

15. Guys are good flatterers when courting but they usually stammer when they talk to a girl they really like.

16. When a guy makes a prolonged "umm" or makes any excuses when you're asking him to do you a favor, he's actually saying that he doesn't like you and he can't lay down the card for you.

18. You have to tell a guy what you really want before he gets the message clearly.

19. A guy would sacrifice his money for lunch just to get you a couple of roses.

20. A guy often thinks about the girl who likes him. But this doesn't mean that the guy likes her.

21. If a guy tells you he loves you once in a lifetime. He does.

22. It's good to test a guy first before you believe him. But don't let him wait that long.

24. Guys really admire girls that they like even if they're not that much pretty.

25. If a guy tells you about his problems, he just needs someone to listen to him. You don't need to give advice.

26. Guys love girls with brains more than girls in miniskirts.

29. Girls' height doesn't really matter to a guy but her weight does!

30. Guys tend to get serious with their relationship and become too possessive. So watch out girls!!

31. When a girl makes the boy suffer during courtship, it would be hard for him to let go of that girl.

32. It's not easy for a guy to let go of his girlfriend after they broke up especially when they've been together for 3 years or more.

33. You have to tell a guy what you really want before getting involved with that guy.

34. When an unlikable circumstance comes, guys blame themselves a lot more than girls do. They could even hurt themselves physically.

35. Guys have strong passion to change but have weak will power.

36. Guys are tigers in their peer groups but become tamed pussycats with their girlfriends.

37. When a guy pretends to be calm, check if he's sweating. You'll probably see that he is nervous.

38. When a guy says he is going crazy about the girl. He really is.

39. When a guy asks you to leave him alone, he's just actually saying, "Please come and listen to me."

42. If a guy has been kept shut or silent, say something.

43. Guys believe that there's no such thing as love at first sight, but court the girls anyway and then realize at the end that he is wrong.

45. A guy may instantly know if the girl likes him but can never be sure unless the girl tells him.

46. A guy would waste his time over video games and cricket, the way a girl would do over her romance novels and make-ups.

47. Guys love girls who can cook or bake.

49. A guy's friend knows everything about him. Use this to your advantage.

50. Don't be a snob. Guys may easily give up on the first sign of rejection.

51. Don't be biased. Try loving a guy without prejudice and you'll be surprised.

52. Guys are more talkative than girls are especially when the topic is about girls.

53. Guys really think that girls are strange and have unpredictable decisions but still love them more.

54. Guys find it so objectionable when a girl swears.

55. When a problem arises, a guy usually keeps himself cool but is already thinking of a way out.

56. When a guy looks at you, either he's amazed of you or he's criticizing you.

60. Guys learn from experience not from the romance books that girls read and take as their basis of experience.

61. If a guy suddenly asks you for a date, ask him first why.

62. When a guy says he can't sleep if he doesn't hear your voice even just for one night, hang up. He also tells that to another girl. He only flatters you and sometimes makes fun of you.

63. You can truly say that a guy has good intentions if you see him praying sometimes.

64. Guys seek for advice not from a guy but from a girl.

65. Girls are allowed to touch boys' things. Not their hair!

66. If a guy says you're beautiful, that guy likes you.

68. Guys love you more than you love them if they are serious in your relationships

69. When four or more men get together, they talk about sports.

70. When four or more women get together, they talk about men.

Popular posts from this blog 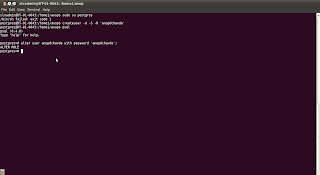 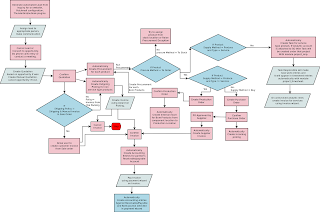